Our Condolences, to the Family of Lindo

MVIWATA was saddened by the news of the brutal assassination of our dearly Comrade Lindo, a 28 years of age, calm and charismatic leader of the Ekhenana Commune, part of the South African shack dwellers movement, Abahlali BaseMjondolo (ABM) whom we’ve been engaging with in the different Pan Africanism initiatives. This news came at a time when we (MVIWATA) and ABM through Pan Africanism Today (PAT) have started a solidarity journey, driven by our desire of sharing, and wanting to learn and help each other.

The loss of Comrade Lindo is surely a great loss to his family, his family being everyone who is connected to the struggles of the working people, revolutionarily! And for that, we send our sincere condolences and revolutionary hugs and roses along.

Our engagement with Lindo

MVIWATA, ABM, Socialist Movement of Ghana (SMG) and Pan Africanism Today (PAT) started a solidarity gardening course where the organizations have been engaging through online classes, learning, exchanging, and strategizing on an initiative of making Ekhenana and everyone involved self-reliant with regard to the food question.

The course at the initial thoughts aimed at making Ekhenana a space that continues to grow its own food, in a holistic manner with the environment, people and their culture, with all this, Comrade Lindo led the ABM part from that end making sure that we all attend classes in time, what is exchanged is implemented and put into action and further more to see that this Pan African initiative extends to other spaces and more people are engaged with it.

We collectively agreed to meet every Wednesday, Comrade Lindo summoning his fellow comrades from Ekhenana, and other 2 summoning comrades from PAT and MVIWATA respectively and MVIWATA charged with the responsibility of facilitating the sharing of different lessons on gardening; agroecologically! And from it we discussed, strategized, raised each other’s hope while diving into lessons every time that we met; we never forgot to remind ourselves every time when we met, on how precious the process we were engaged in was and how grand was the initiative we were building.

That night, the night that Lindo was shot, he remained in eKhenana, apart from many other duties, to specifically organize the meeting with the members in the community to discuss, strategize on the course and its intended goals and also provide feedback to the other community members on the course so far, as it was only some few representatives who were chosen by the community to attend the course. On the same night, the life of our precious Comrade Lindo was brutally robbed from us.

Our process without Lindo, physically!

On 31st August 2022, we met for our classes as usual, but this time we met without Lindo, who was always there to make sure that everyone attends the course and follows up smoothly. This particular day was somehow different, we organized the space only to reflect on Lindo’s life and the lessons we’ve accumulated from him and from what has just happened. Sad? Surely we were. Despaired? Definitely we were not.

One comrade from ABM, was the first person to speak on about Lindo, followed by others and, all, at the end agreed that as a person, Lindo was a great leader, mobilizer, organizer, revolutionary who sacrificed his life for a cause, Socialism! Comrade Lindo was a humble, forever calm and special person, very rare to find.

Questioning the powers of the “state”

As far as we went on speaking and admiring on Lindo’s character, we also asked ourselves on the superficiality of the so termed “Free South Africa” just like how one comrade coined it.  We went on reminding ourselves on the pledges of the “Freedom Charter” which promised people land; human rights; Houses, Security and Comfort; Peace and Friendship. We reflected on the current state of affairs, the promises and hopes lost in vain; and the lives filled with miseries and discomfort to the majority. We reflected on the hostile environment that overwhelms the youthful generation in South Africa, and its the same nature of hostility that, the young and visionary, Comrade Lindo dedicated his life to contest and fight against all those life’s vices. In his 20’s, Comrade Lindo’s life was snatched away from him while fighting for an equal society.

We went as far as questioning on the powers of the states, our states. We took a look at the land question and how the two, land and the state, integrate. At last, we unanimously agreed that land defines life, liberty and dignity; and it is on this essence that land is remarkably special to the status and the fate of the working people.

Admiring the garden project, one called it “A project of liberty”. In deed it is as the garden in eKhenana, from what it has managed to achieve, garden is the project in eKhenana that depicts freedom, offering hope and a sense of dignity.

Another comrade made a short analysis from which she concluded that first, the ongoing course and the garden project is so powerful and has intimidated the local leadership around the area to the fact that they see the only way to remove people from eKhenana is through barbaric acts like killing etc. Secondly that the course is the true representation of the power of living solidarity and internationalism, not only at our worse times or times of crisis, but every time where organizations of the left build each other

His mission (Comrade Lindo’s) was the mission of the people and for that his life was taken, and so WE OWE HIM! So long we’ve identified ourselves as being part of his big working-class family. 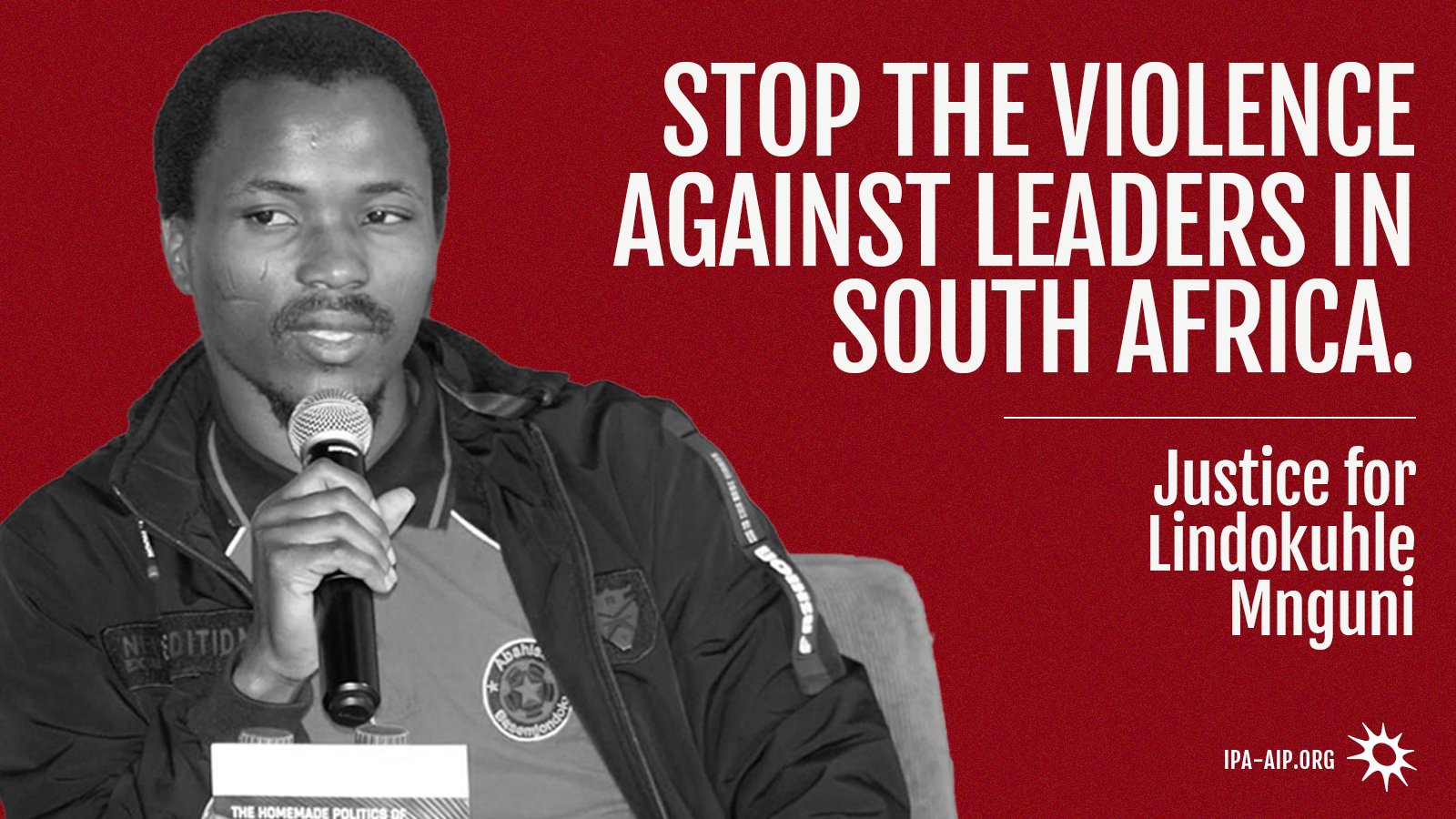