The diversity was rich from context, culture including language and for that we had the voluntarily valuable contribution of interpreters from the United States, France, Mozambique, Portugal, The Democratic Republic of Congo and Tanzania translating into Kiswahili, French, Portuguese, and English a process that facilitated communication and understanding among all participants. This process being very important to MVIWATA, LVC – SEAf region and the Gender sector of the Pan Africanism Today happened after a successful Peasant Feminism training and subsequent actions that MVIWATA and other LVC-SEAf members undertook from 2018 in relation to the Gender question and the ongoing interventions on Gender organized by the PAT secretariat.

The workshop was officially officiated by MVIWATA’s chairperson Mr. Apollo Chamwela who together with MVIWATA’s Executive Director Mr. Stephen Ruvuga joined the workshop with other participants (majority being young girls and women) to discuss and ponder on the present state of affairs of working women within the context of Africa and in productive sectors largely Agriculture and together we discussed, highlighted and strategized on common issues whereas women belonging to the working class identified as our issues, regardless of the different sectors and geographical locations we are coming from

Getting into the roots of our discussion was the presentation from Dr. Jackline Mgumia on a study -results that was commissioned by MVIWATA on behalf of the LVC- SEAf titled “Violence Against Women” where from the preliminary findings she presented that Peasant women face Violence first as Women belonging to the Working Class, second as Women just like any other women and thirdly as Peasants, and the preliminary findings were enough to direct the discussion in identifying what are our common issues as peasant women, as people belonging to the working class, as rural women and what violences do peasant women face, where do they converge and how do they affect the wider wellbeing of women and the society women live in.

The workshop tried to answer on one pertinent question on Feminism. Everyone is speaking of feminism, but what is feminism when it comes to us, as Peasant women? What does it imply in our context one being a feminist and more importantly on what are our struggles, who are our enemies and allies and how can we go forward with our struggles.

We took time to honor Bibi Titi and speak a bit about her and the likes of Bibi Titi, and the unsung revolutionaries in our history. Comrade Zikhona from the Pan Africanism Today took us through this session and we went as far as analyzing and discussing on the existing conjuncture and the position of women and all working people (politically, economically, environmentally, socially and culturally). At the end we agreed, should we take forward our Feminism agenda, we should take it with the question of liberating our people, of making sure the existing system is dismantled and our societies uphold the values of togetherness, revolutionary love and liberation of all mankind.

From the workshop, the delegation travelled from to Mtwara, for the celebration of the International Working Women’s Day hosted by MVIWATA’s District network in Masasi. Masasi network in MVIWATA is recognized for its agroecology collective learning initiative that started at district level and spread over to all local networks with members learning, experimenting and practicing various agroecological practices (see AGROECOLOGY FOR FOOD SOVEREIGNTY CAMPAIGN | MVIWATA)

A total of 471 participants (328 women, 143 men) including smallholder farmers members’ of MVIWATA and non-MVIWATA members in Masasi District, students from Nangoo primary and secondary school, MVIWATA members from the neighboring districts of Liwale, Kilwa and Newala, participated in the event taht was prepared by the district network

There were also interpreters from the United States, France, Mozambique, Portugal, The Democratic Republic of Congo and Tanzania translating into Kiswahili, French, Portuguese, and English. The Guest of Honor for the event was Masasi District Commissioner, Claudia Kitta and the event was marked by peaceful demonstrations, local seed exhibition, local dances, speeches and celebration

Stephen Ruvuga, MVIWATA’s Executive Director welcomed the guests from which the aforementioned activities took place. Speeches, Poems, Statements were read but importantly was the African way that the event methodology took. Comrade Zikhona Kunene a representative of Pan-Africanism Today (PAT) delivered a message at the celebration of International Women’s Day

we are here for the continuation of what Bibi Titi Mohamed a renowned Tanzanian feminist and pioneer of women participation in the struggle for independence in Tanganyika who also supported the first president of Tanzania Mwalimu Julius Kambarage Nyerere, Titi and her colleagues left behind.

8th March Celebrations in our other Networks!

The events also provided a platform for rural women including to access Free Legal Aid and Screening for cervical cancer, services which were organized by MVIWATA 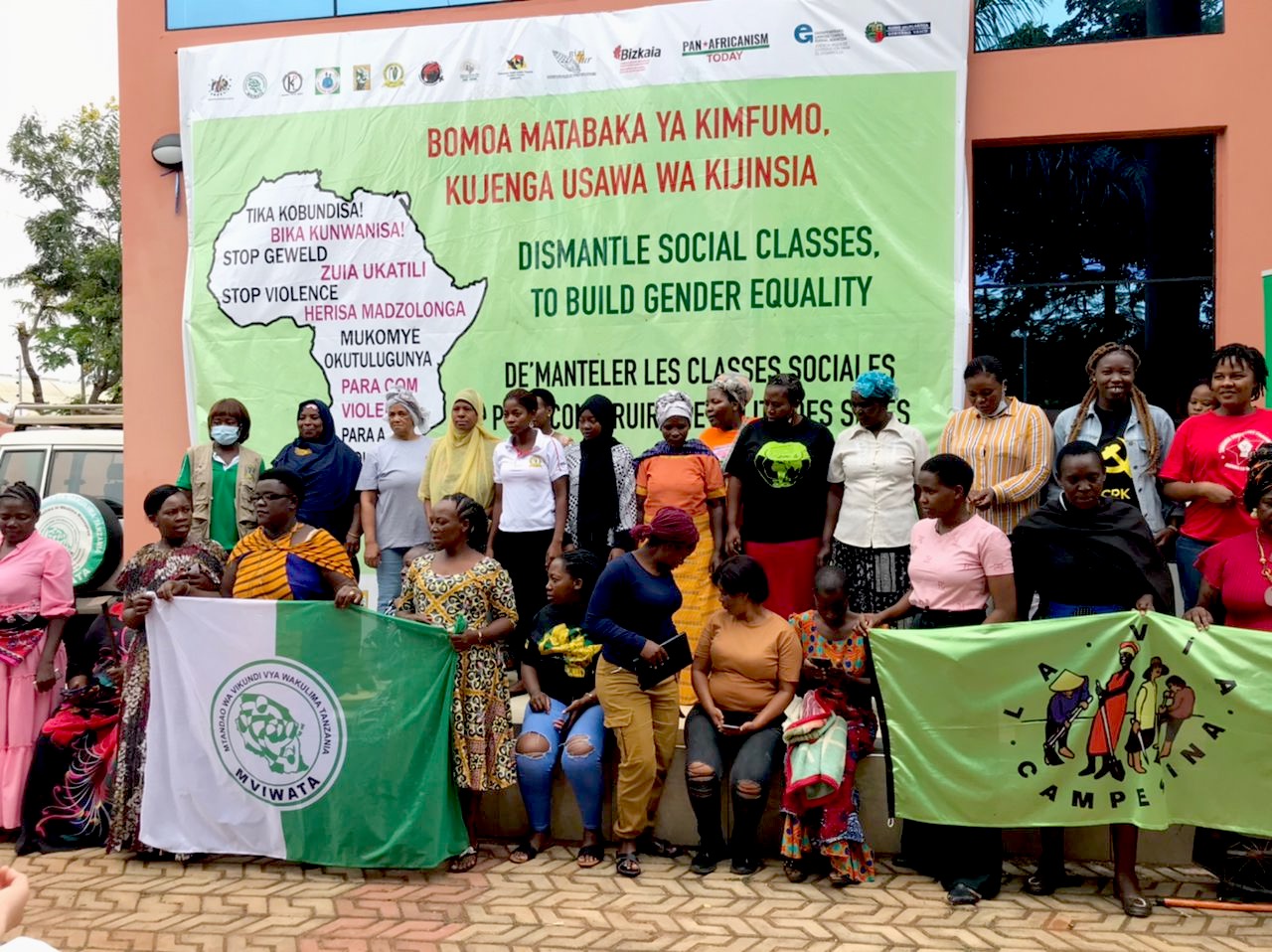