This year’s Nane Nane (Farmers Day) was celebrated across MVIWATA networks through local demonstrations, farmer based discussions, local seeds exhibitions through a slogan that was set to remind everyone on the important role of “feeding the nation”, as proudly held by the smallholder farmers in Tanzania. Despite its sheer significance, the current political and economic setting, tends to downplays and disregard its magnitude effect.

Nane Nane, which is a national holiday in Tanzania, historically was celebrated to allow farmers celebrate their harvests, learn technology from one another and from other relevant institutions through the designated zonal show grounds which with the current context have become largely business and recreational spaces occupied largely by big businesses (banks, telecommunication companies, hybrid seed companies).

Through its permanent space in the Mwalimu Nyerere 88 show grounds (Eastern zone), MVIWATA participated through representation of farmers from different networks around the country. MVIWATA’s pavilion was decorated by agroecological gardens showcasing different practices in plant protection against weeds and diseases, organic soil fertilization and growing varieties. The other part of the pavilion had local seeds collected from different agroecological zones across Tanzania that have been saved and available in respective MVIWATA networks. Fresh Vegetable, different cereals were also showcased and sold. Also, the pavilion showed various packed products produced by MVIWATA members (groups) from different areas including non-timber forest products such as juices, wines, honey, peanut butter, spices (whole and processed), coconut oil, dried fruits, all produced agroecologically.

MVIWATA was awarded a 1st winner exhibitor under the category of Non-Government Organization for the Eastern zone exhibition. The pavilion received more than 1000 visitors.

Also, MVIWATA organized local Farmers’ Day celebration in 7 local networks in Kongwa and Mpwapwa (Dodoma); Kiteto (Manyara); Mbarali (Mbeya); Ludewa and Njombe (Njombe) and 906 (578 women, 328 men) MVIWATA members and more than 200 other people around the villages attended. The commemorations were marked by local demonstrations, local seed exhibitions and exchange, knowledge sharing through demonstration plots, local entertainment and sharing of locally made food prepared by farmers themselves. The discussions were held, and strategies formulated by farmers through their networks on challenges and how to popularize farmer-based knowledge and skills. The local Farmers’ Day commemorations are used alternatively by MVIWATA to first offer an alternative to the existing form of farmers’ exhibition but also give many farmers a chance to celebrate their day and exchange among themselves. 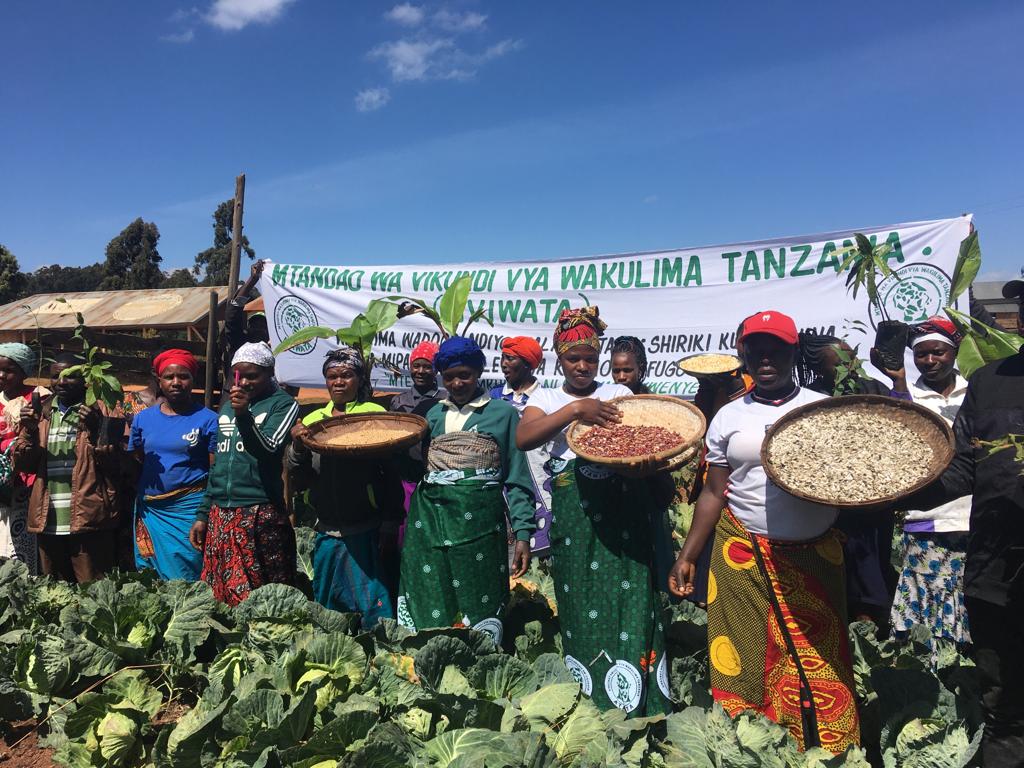