Mtandao wa Vikundi vya Wakulima Tanzania – MVIWATA and La Via Campesina Southern and Eastern Africa organized a commemoration of International Day of Peasants’ Struggle on 17th April 2021 to mark 25 years since the brutal killing of 19 landless farmers by Brazilian police forces in Brazil. This years’ theme was centered on NO FUTURE WITHOUT FOOD SOVEREIGNTY.

To effectively commemorate this important day for landless and smallholder farmers, given the challenging times we face against the pandemic, MVIWATA and La Via Campesina convened an international zoom meeting where smallholder farmers’ organizations, Ambassador of the Venezuelan embassy in Kenya, working class movements and like-minded organizations across the globe participated in this important meeting.


The meeting was organised with presentations from participants of respective organisations/country. Comrade Jesus Manzanila a Venezuelan Ambassador to Kenya was the first presenter who spoke extensively on the efforts waged by the Bolivarian Republic of Venezuela to ensure that the control of the countries resources is in the hands of the working class.
The Ambassador of the Bolivarian Republic of Venezuela to Kenya also spoke on the public policies on agriculture, oil and natural gas and land among the few that they are revolutionary and pinned for the interests of the people of the Bolivarian republic and opposed to the capitalist interests of the Yankees.

Giving a word of thanks after Ambassador’s presentation, Comrade Stephen Ruvuga, MVIWATA’s Executive Director applauded the Bolivarian Republic’s stance for defending the interests of the people of Venezuela as initiated by Hugo Chaves. He further said Hugo Chaves was a good friend of Mwalimu Julius Kambarage Nyerere, Tanzania’s first President and father of the nation.  Chaves has also become a symbol of change to many grassroots organisations, smallholder farmers and landless people worldwide.

Presentations also came from Comrade Smangele representing Pan-Africanism Today (PAT), Comrade Paula Franca representing MST- Landless Workers’ Movement in Zambia who both spoke extensively on the struggles they are waging, forms of movements’ organisations and the way forward.
Comrade Henry representing Serikat Petani in Indonesia spoke on the movement’s efforts in collaboration with La Via Campesina behind the formation and adaptation of the United Nations Declaration on the Rights of Peasants and Other People Working in Rural Areas which was adopted by the Human Rights Council on 28 September 2018.

Comrade Saadi, a smallholder farmer from Palestine spoke comprehensively on the imperialist acts of Israel regime in occupying Palestinian land. He added that peasants in Palestine, struggles against Israel occupation on areas with access to water and land which are the foundation of food sovereignty.

He added that fishermen in Palestine face inhumane situation where they are killed, arrested and their tools confiscated including fishing boats. Comrade Saad said they think and believe in unit and solidarity with La via Campesina members they shall overcome the brutality of Israel state.
After a fruitful discussion, questions and answers session, finally MVIWATA’s Executive Director thanked the participants and presenters from various countries and organisations.

He also said, it was a good experience especially learning from other peasants’ struggles. He called upon all participants from different countries and organisations to unite since peasants around the globe faces the same challenge. He said solidarity is required globally among peasants to collectively achieve the intended objectives of denouncing imperialism 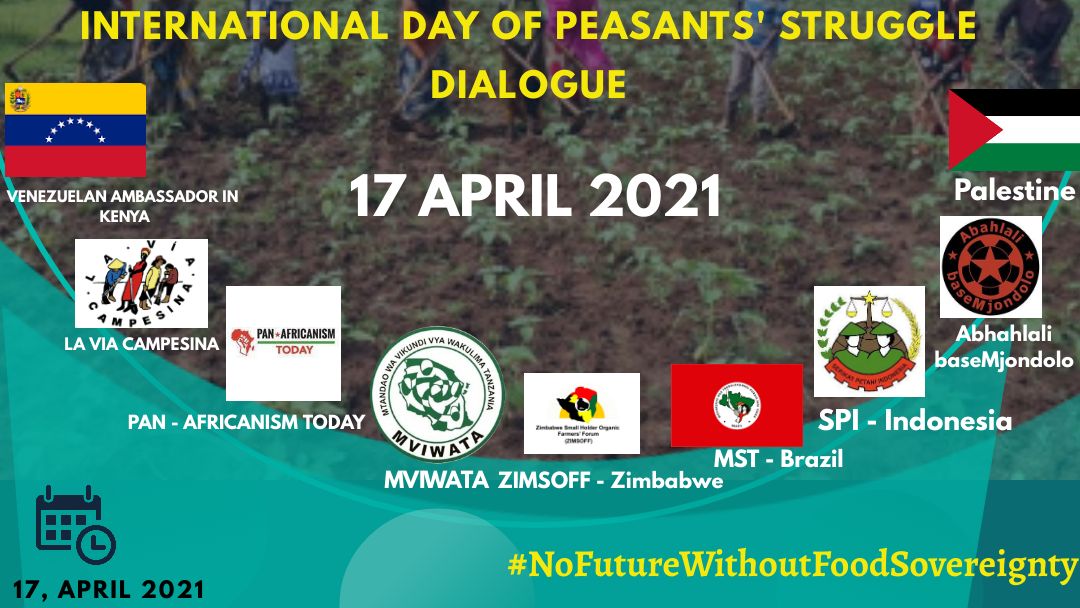